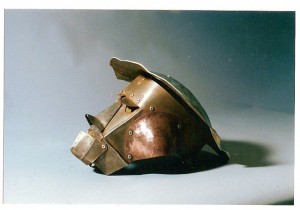 I’ve always liked wood.  I grew up in a family without a car or a television, so spent much of my childhood making things, and cycling round the Norfolk countryside.  I think that’s where my love of wood began.  I soon learned that the more I put in, the more I got out.

We had a very old house, and there were many exposed beams, some of which had come from ships from much earlier.  I remember being fascinated as a child by a very old German nativity set, probably carved with knives, every tool cut clearly visible, and staggeringly effective.  It is still one of my favorite pieces of carving to this day. 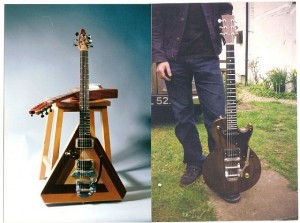 There were also in the house two very heavily chiseled and tooled pieces by Jack Grimble of Cromer – a hutch cup board, and a chest, with a relief carved face of the legendary Swaffham pedlar, John Chapman.  As a child, I could connect with these pieces, through the way that the carvers every chisel-cut was clearly visible, which ultimately added life, and a human aspect to the carvings.  It first really stuck at the age of fifteen, when I made my first electric guitar.  The smell of the wood, the tools, the shavings, and ultimately, the result, were all magic to me. 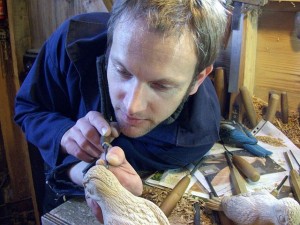 My further education continued along the path of art and design, during which time I landed my first part-time woodworking job, making yoga equipment, by recognising ash by its smell!  I’ll never forget first encountering the work of Grinling Gibbons, while on an art school trip from Great Yarmouth School of Art and Design, and getting told off for absconding to go and pore over it while I was supposed to be drawing! 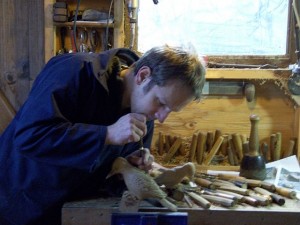 After a good spell as a full-time cabinetmaker, I began carving for the cabinetmaking firm I was working for in 1997.  I got my own workshop in 2004, and quickly ended up with so much work, I didn’t have time to go to work!

Since then, my work has taken me through many interesting and diverse challenges.  I’ve increasingly learned to embrace the deep end as a place where I can move forward, and make my biggest steps forward in my development as a carver and a sculptor.  The option to down tools and walk away when things get tough is not there – this is my livelihood.  As a result, some of my favorite pieces in retrospect, were the toughest at the time to achieve, over which I was most self-critical at the time. 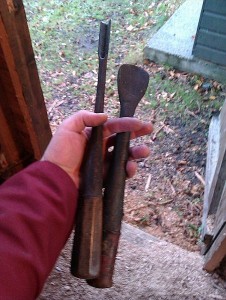 My current workshop/studio is at Barningham Barns, Matlaske, Norfolk, where I have been since early 2012 – here I can carry out much larger scale sculpture work, conceive and develop my own pieces to show and sell, and teach aspects of carving, alongside my finer carving, and memorial carving, which are still the backbone of my business.

If I were to pick a favorite subject to carve, I’d probably have to say wildlife carving and bird carving, and as can be seen in my photo galleries, many of my carvings, be they wooden memorials, village signs, chainsaw carving, or public art, often lean in that direction, although I’ve had a lot of fun carving other subjects, which include all manner of things from a camera, to Southend pier, binoculars, various cars, buildings and so on.

I’m a NWT (wildlife trusts) member, and have enjoyed supplying the RSPB with various carvings, often drawing from NWT or RSPB literature as reference and inspiration.  I value their contribution to wildlife and birds greatly, and will continue to support them.

You could spend a lifetime carving and sculpting, and still only scrape the surface – I fully intend to glean as much as I can from the time I might have!